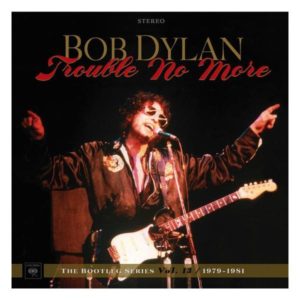 Bob Dylan won the Nobel Prize in Literature. I don’t know if he cares… or if he doesn’t. We’ve never chatted. It is what it is.

I’m a writer. Things like that catch my eye.

What I like about it — Bob getting the award — is it caused a new look at his old work. It forced academics to sort out how literary his work is. It made classic rock and art rock stations alike re-introduce to Bob’s songs to an age which thinks U2 is classic.

The award helped deliver the baton to the next generation.

I’m going to see Bob Dylan and His Band in Macon, Georgia in October. He’s 77. His new work is, just as it has always been, counter to what we expect from him. I hope, and expect, he’ll do the best he can to carry on what he’s always done.

Judas, Jesus, and the Christmas Jukebox

Once, he played an electric guitar during what some traditionalists thought should remain acoustic. They howled “Judas!” He kept playing.

A decade-plus later, he sang songs so overtly Christian, his fans booed him. He kept praying.

He’s since done a Christmas album, though what his current views of Jesus Christ aren’t clear to the public. I thought he had returned to Judaism or something else, but, what do I know? He keeps singing.

Tonight, I’m reminded why, despite all the howlers and ardent complainers, why he’s influential. Although I have a couple months ahead, I thought I’d listen to his work. I often do — this is no large effort.

“Tangled Up in Blue” comes on. It is the first track on “Blood on the Tracks.”

The title, drawn from a repeating line in the song, is as much of the song as the rest. Through the song, it is more than a refrain, but serves much as the repeating lines in a villanelle. Each line courses through a different intertonal meaning.

However, I’m only partly sure I know what the song is about, and I’m not confident I’m right.

He doesn’t owe me an explanation. Part of me doesn’t want one. I like wondering about it.

Bob’s a songwriter. One of his hidden strengths is that he knows his voice. He doesn’t write beyond what he can sing. Now, as he’s older, it is the same. Of course, he can’t hit the high notes he couldn’t hit before. He doesn’t try to sing them and his songs aren’t suggesting they should be sung. This makes so many of his songs masterpieces. That is, he wrote for himself perfectly.

I don’t know why he still tours. I doubt he’s run into financial troubles, ala Willie Nelson. He hardly needs his ego massaged. Bob smart enough to know he’s good and wise enough to know he’s got more to learn. Sure, there remain a few detractors, but no one really takes them seriously. I think, and, as I mentioned, Bob and I have never spoken, he’s on a mission. I think he took the baton from Woody Guthrie and is doing his best to bring his best.

To me, that’s a true artist. True artists don’t retire. Naturally, singers might find their voice leaves them, or, in the case of Frank Sinatra, their minds no longer cooperate. But an artist can’t escape art. Bob’s thing is songwriting and then performing. Also, David Bowie had that. I think the Rolling Stones get it too; they certainly could retire without wondering if they made an impact. I believe Robert Plant and Paul McCartney have no desire to quit. Meanwhile, John Lennon, if Mark David Chapman hadn’t stolen his life in 1980, would be in the mix.

With Bob, though, my guess is he feels that responsibility to create until he cannot.

I am out to fight those songs to my very last breath of air and my last drop of blood. I am out to sing songs that will prove to you that this is your world and that if it has hit you pretty hard and knocked you for a dozen loops, no matter what color, what size you are, how you are built.

I am out to sing the songs that make you take pride in yourself and in your work. –Woody Guthrie (Ramblin Man: The Life and Times of Woody Guthrie)

I want that as a writer. This is what I’m supposed to do. I expect that when I’m 77, I’ll be working on something and I’ll be doing my best.

Bob, if you read this, thanks. And, if you could at your October 27, Macon, Georgia concert, play, “I Still Believe in You.” That one always gets me. I know what it means.