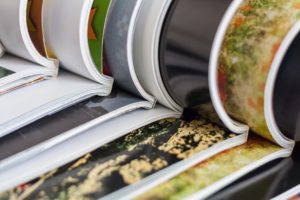 Most of my writing is behind the scenes as a speechwriter or unusual projects I’m not at liberty to disclose. However, there are a few things of mine out there, as well as projects I helped write.

How to Have Lunch with Your Employees: A speechwriter reveals a communication technique that can help senior executives understand who they’re leading.

The First Time You Die
Mr. Smith and His Delicious Ice Cream
My Biggest Game: A Baseball Story
Escape from Hicklebirkle Manor
How Wind Began: The Story of Pepper Jack
The Boy Who Hated Doing Everything

The Runner’s Devotional: Inspiration and Motivation for Life’s Journey… On and Off the Road
In 2011, I wrote several anecdotes and devotionals for a unique book aimed at runners. As a long-time runner with over 100 road races behind me, I learned a few things about the sport and how it parallels my faith. Published by Tyndale House Publishers and The Livingstone Corporation, it was received well with 148 reviews on Amazon.

Every Day with Jesus: Treasures from the Greatest Christian Writers of All Time: Devotions for Every Day of the Year
I wrote a dozen entries. From the publisher, “At the heart of this year-round collection of devotionals are penetrating thoughts on intimate themes such as grace, obedience, change, priorities and God’s promises from Christianity’s most beloved writers and thinkers. Their timeless words—in concert with a daily meditation, Scripture and a short prayer—will draw your heart and mind toward heaven for a few minutes each day, offering words to help you take your own concerns and praises to the Lover of your soul.”

Beyond these projects, I’ve have had articles in the Chicago Tribune, Chicago Sun-Times, and many smaller publications. My speeches have been quoted in the name of my clients in the London Times, New York Times, Los Angeles Times, CBS, NBC, ABC, CNN, Fox News and more.